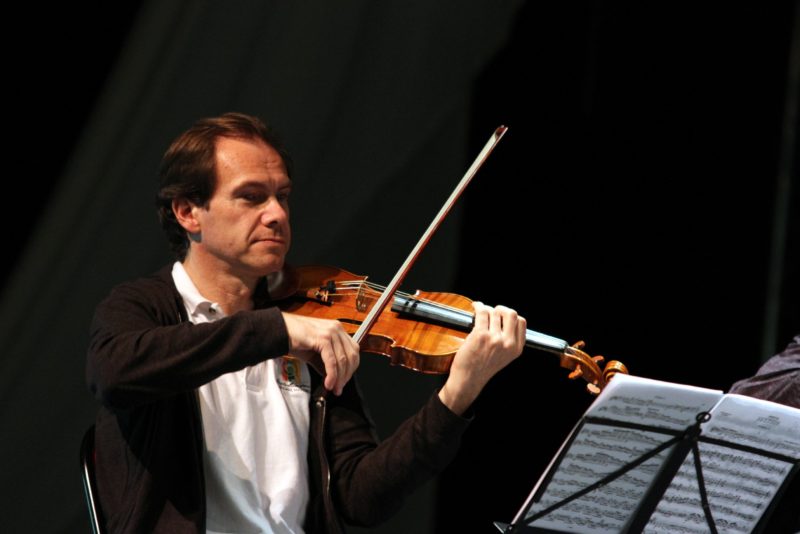 Due to unforseen occurances Boris Brovtsyn has cancelled  his master classes next week.

In his place, we are thrilled to welcome the French violinist, conductor and professor, Raphaël Oleg.

The call of the repertoire and the support of his family, friends and colleagues, together with an urge to keep serving the music but through a new mean decided Raphaël Oleg to enter the Hochschule der Künste in Berne to study with Dominique Roggen (ex-assistant of Rudolf Kempe in Munich) the subtle art of the German Kappelmeister. Since 2015 he is first guest conductor of the Youth Orchestra of the Friburger canton (l’orchestre de Jeunes du Canton de Fribourg) (Switzerland).

Winner of the notorious Tchaikovsky competition in 1986 Raphaël Oleg remains until today the only French violinist to have won the Gold Medal.

Since1995, he teaches at the Musik Akademie of Basel and since 2014 at the Institut Supérieur des Arts de Toulouse. In 1997, l’Académie des Beaux Arts awarded him the Del Duca Price. Raphaël Oleg is Chevalier des Arts et Lettres.